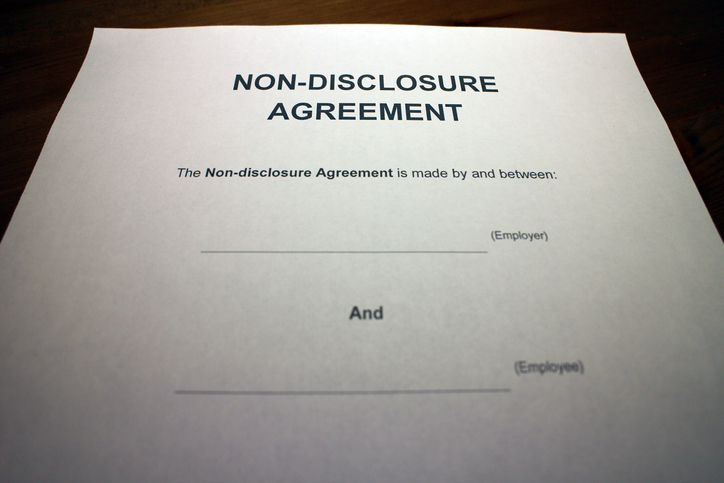 A nondisclosure agreement, often just called an “NDA,” is a contract that requires parties to keep specific information confidential. Nondisclosure agreements are often used in employment relationships to keep employees from sharing trade secrets and other proprietary data with the employer’s competition. NDAs are also commonly used to protect personal customer or patient information and to prevent potentially harmful information from leaking to the media.

NDAs can be unilateral agreements, where one party is prohibited from disclosing information and receives consideration in return. There can also be mutual nondisclosure agreements, where two or more parties entering into a business relationship agree to protect confidential information. No matter why you need an NDA, there are essential components that every nondisclosure agreement should contain.

First, an NDA should clearly define the scope of protected information. Some NDAs employ a broad or general definition of “confidential information” while others specifically identify what cannot be revealed. Although it can be defined somewhat broadly, the protected data cannot include:

It’s also essential that an NDA contain a time duration. While some NDAs impose a nondisclosure duty for as long as the information remains confidential, other agreements last only for the duration of the parties’ relationship. If the agreement is not meant to be perpetual, it should contain a clause stating that the duty to avoid disclosure ends upon the contract’s termination and specifying how notice of termination may be provided.

Another useful inclusion in an NDA is a survival clause, which defines the amount of time that the duty to avoid disclosure will remain in place after the term of the employment contract ends. Typically, the obligation will survive the contract’s termination by two to four years.

You may also want to consider including a noncompetition or nonsolicitation clause. A noncompetition clause will prohibit one party from using the other party’s confidential information to start their own rival business or from sharing that information with an existing competitor. A nonsolicitation clause will prevent one party from attempting to recruit the other party’s employees in order to use their experience or knowledge of the confidential information.

Drafting a legally enforceable and comprehensive nondisclosure agreement is no easy task. Whether you are an employer that wishes to have employees or potential investors sign an NDA or you are a business that wants to enter an NDA with outside contractors, consulting with a skilled business litigation attorney is vital. The Law Office of Paul R. Clevenger can help you craft an NDA that accomplishes exactly what you need it to. You can schedule a meeting with me by calling 469-212-9764 or by contacting my office online.