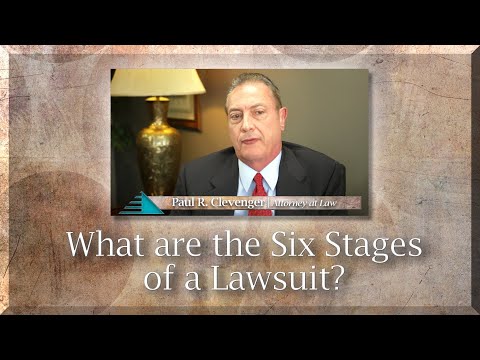 THE SIX STAGES OF A BUSINESS LAWSUIT

Many business owners wonder what happens when they become involved in business litigation. Basically, any business lawsuit can be broken down into six (6) distinct stages. The Law Office of Paul R. Clevenger is a full-service business litigation law firm, and we stand ready to assist you with all six stages of a lawsuit. They are as follows:

[1] For more information on the Discovery Period, see my blog entitled “What is Discovery,” posted on my website.